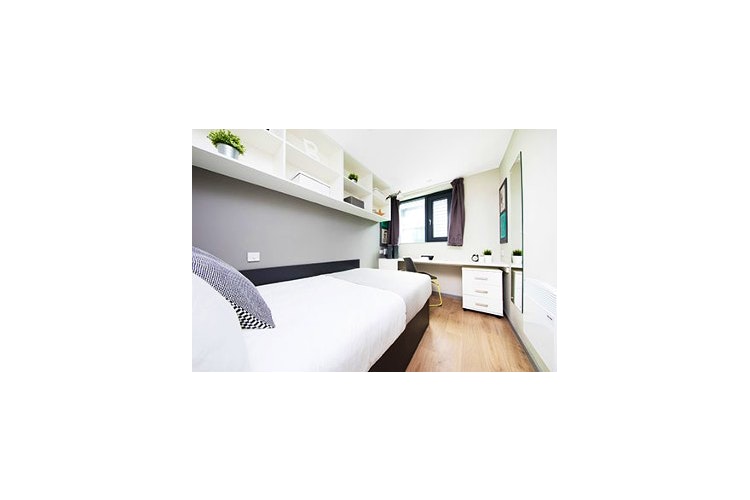 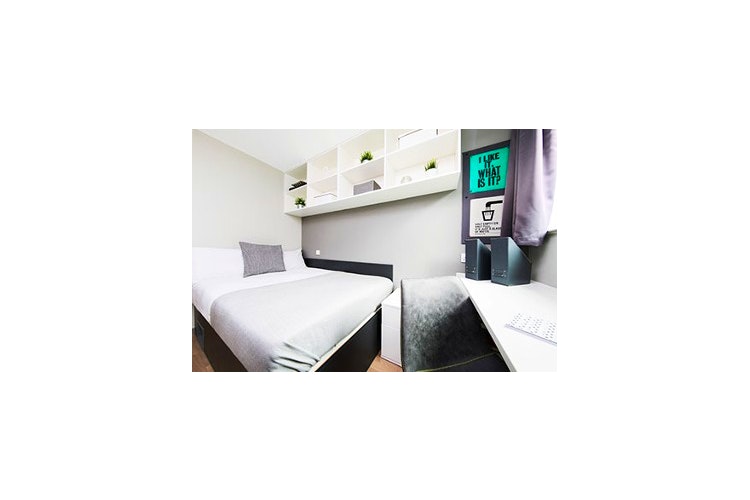 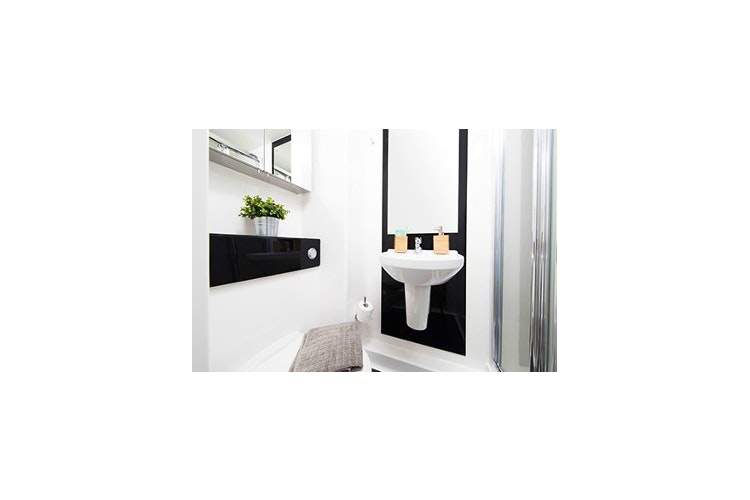 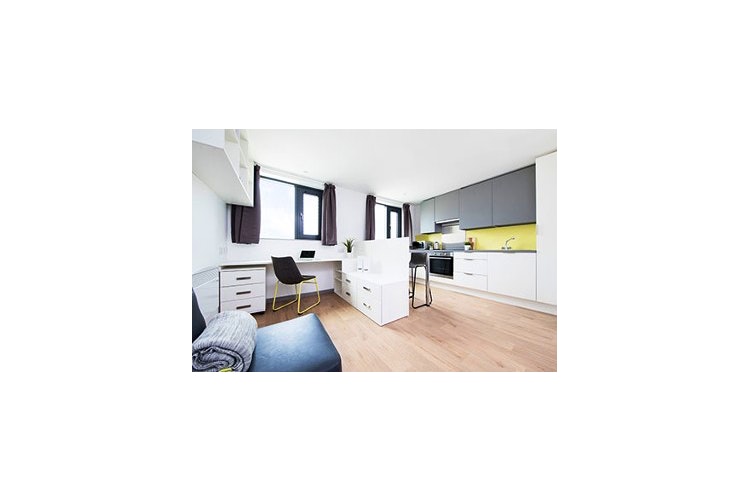 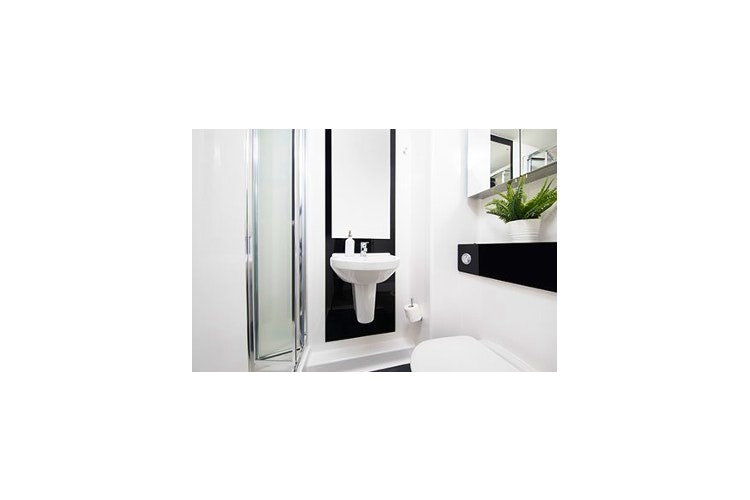 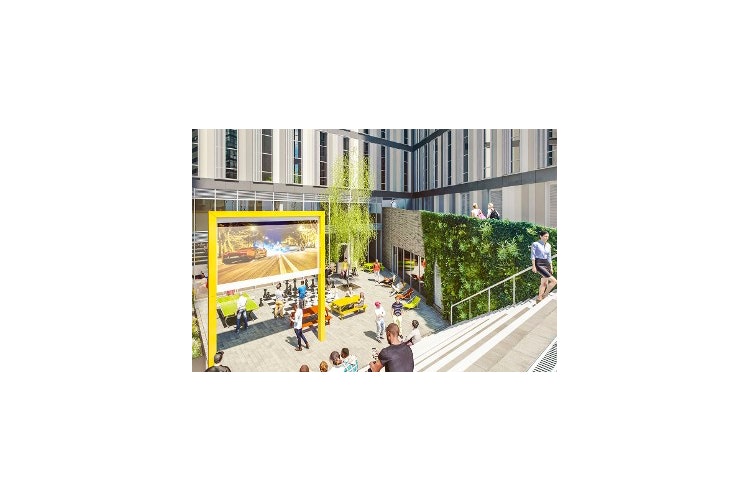 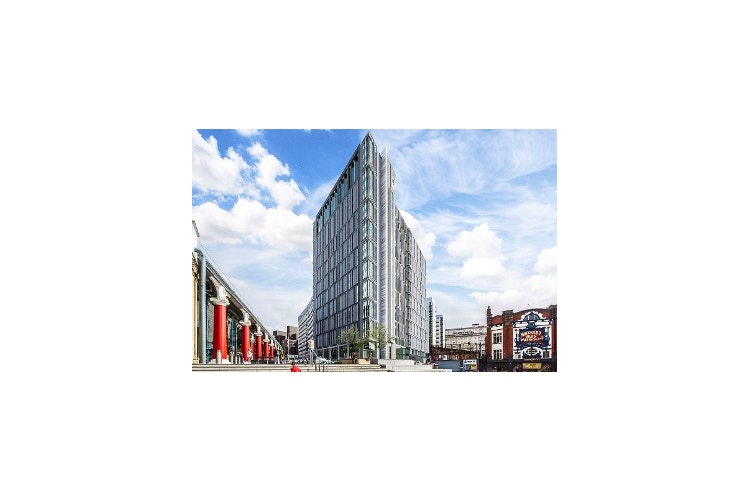 Horizon Heights offers contemporary student living in the heart of Liverpool. The university of Liverpool is just a 10 minute walk away and Lime Street station is practically on your doorstep. Students can choose from a selection of en suite rooms in a shared apartment or private studios. The en suite rooms have a private bathroom, 3/4 sized bed, study space and shared kitchen/lounge area. The studios are ideal if you like you're own space and are equipped with a personal kitchen, dining area and bathroom. The spacious 18th floor common room has stunning views across the city for students to enjoy. Looking to de-stress, well students have free access to the fully equipped gym next door at the Grand Central property.

There are plenty of great restaurants and bars near-by so you wont need to venture far for a bite to eat. Why not try something different, the Shiraz Palace is a fabulous Mediterranean restaurant, just a 4 minute walk away. Fancy some tasty cocktails and live music? Smokie Mo's JR's Bar & Grill is the place to go, only a 3 minute walk.

Whats not to love?

One of the major cities in the United Kingdom and home to two of the most popular teams in the Barclay’s Premier League, we have the city of Liverpool. Boasting a population of roughly 2,200,000 inhabitants according to the very most recent figures, it is one of the most densely populated areas in England.

Once the European city of culture, Liverpool has a rich and vibrant history dating back as far as 1207 and is generally regarded by many as being one of the greatest metropolitan areas in the UK today. The city has a number of museums that commemorate the history and culture of the city such as: the Museum of Liverpool, the World Museum, the Merseyside Maritime Museum, Sudley House and the Walker Art Gallery.

There are a number of cinemas in Liverpool too, with everything that you could need covered. The latest and greatest from Hollywood are shown here and you can go to either the local Odeon (With it’s own IMAX screen), Showcase Cinemas or even the Picturehouse at FACT. However, more independent features are available at one of the city’s many film societies.

The draw of university is often the ability to go out and experience the rich and vibrant nightlife of the city that you’re staying in. With the city of Liverpool, you’ll most certainly be in for a great night out. We’ve compiled a list of three places that we think will tickle your fancy, check them out!

First up we have Sanctum, a nightclub in the city that has a very loyal following. The club offers everything from live music and DJ sets all the way through to the very best alcohol that you can buy and a great atmosphere to boot. We cannot recommend this club enough! Check it out, you won’t regret it.

Secondly we have Cream, which truly does have to be seen to be believed. The club has everything from a large performance stage with the best live acts and DJ sets in the UK, but also the best atmosphere you can ask for in such a large venue, great drinks, friendly staff and an awesome night out!

And finally we have Heebie Jeebies, the nightclub that has everything you need if you’re a student. Offering a “Meat & Greet”, don’t worry, we haven’t spelt that wrong, it is literally a grill and a chance to meet some of your new students and try some food while you’re at it. The whole club offers everything from alcohol to a dancefloor to awesome alcohol!

The city has a number of ways that it brings the people together, one of the best ways is with their Liverpool Sound City Festival, which has a great selection of musicians that play live, previous acts have included Ed Sheeran, who’s first gig was the festival, we recommend you grab tickets while you still can!

The city’s transportation is incredibly efficient, offering bus services and train stations as well as designated cycle paths too. The city also has an international airport, named after Beatle John Lennon, which flies everywhere you need if you’re looking for a mini-break abroad, all flights from the John Lennon International Airport.

Not quite what you’re looking for?